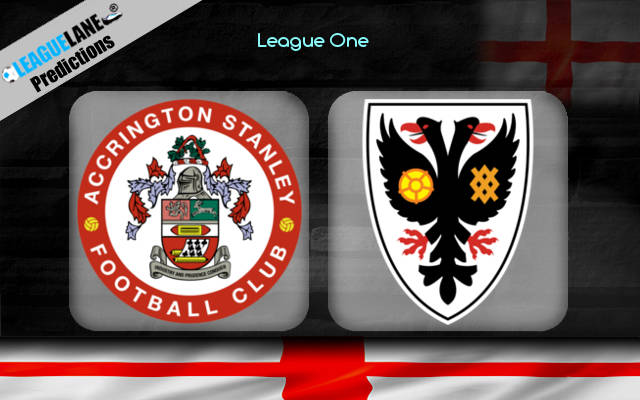 Both Stanley and Wimbledon are struggling with their defense these days, and have been terribly inconsistent in regards to their results. And this same trend could be seen in their h2h clashes over the years as well.

As these two take on each other this Tuesday, anticipate a goal-fest at the Crown Ground.

Stanley had conceded three or more goals in four of their past eight overall games, and they had also lost three of their former four appearances at home.

They have been conceding goals in high frequency lately, and particularly so at home.

On the other hand, Wimbledon had conceded two or more goals in their last four games in a row, and have a total of just two clean sheets from their preceding twenty games.

Considering these observations, as well as past h2h stats, expect a high-scoring affair this Tuesday at the Crown Ground, between these two teams.

Tips for Accrington vs Wimbledon