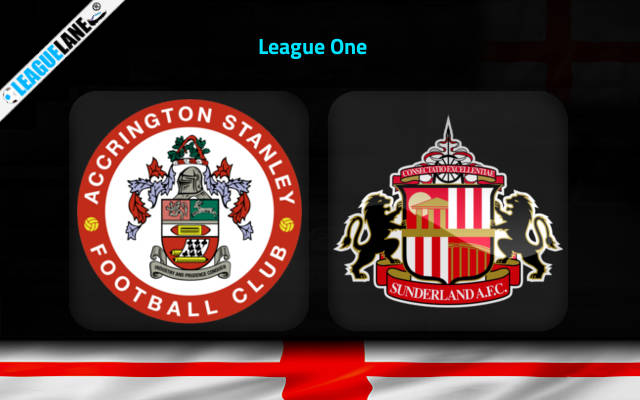 Sunderland are one of the title prospects in the League One this season. They are placed second in the table, and have been one of the best offensive sides in the competition through the campaign.

Meanwhile, Accrington have been fairly inconsistent in 2021-22, and they have rarely delivered good defensive performances at home. Moreover, they have a worrying h2h record against this foe over the years too.

By the looks of things, expect a win for Sunderland this weekend at the Crown Ground.

Accrington were winless in 10 of the past 15 overall fixtures, and they have a total of just three wins at this venue in the past three-month period.

On the other hand, Sunderland have lost just twice in the previous nine games, and one of these losses had come against Arsenal in the EFL Cup.

And most importantly, they have a superb h2h record against this foe over the years.

Taking into account these observations, expect a win for the second-placed Sunderland this Saturday.

Tips for Accrington vs Sunderland