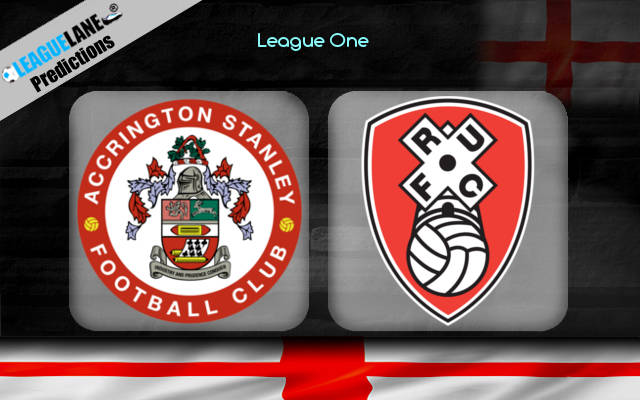 After being relegated to League One, Rotherham has been dominating the division and are favourites to get promoted back up to the Championship.

Following shocking performances in November Accrington have improved considerably as they are holding themselves in the top half of the table.

Crown Ground will witness the clash between these two clubs in a League One fixture on Sunday.

Stanley in their previous fixture took Bolton down by a score line of 1-0 at home. Consequently, the club has registered three wins and two losses in their last five league matches.

Thus with nine points from those fixtures, the club is 10th in the league, nine points behind a spot in the playoffs.

The primary area of concern for Accy Stanley is their defense as they have already conceded 39 goals this season.

The Millers on the other hand in their preceding fixture registered a narrow 0-1 win against Cambridge United away from home.

With the win, the club now has thirteen points in their last five fixtures. These performances have resulted in them sitting top of League One.

The hosts are on a five match winning streak across all competitions. Furthermore, they have been undefeated since the second half of September. They should not have much trouble sealing the win against a club that has lost three of their previous five home fixtures in League One.

Michael Smith has made nineteen goal contributions for the Millers since the start of the season. The 30-year old forward with twelve League One goals already in the season is the division’s 2nd highest scorer. Expect the Englishman to further add to his tally on Sunday.