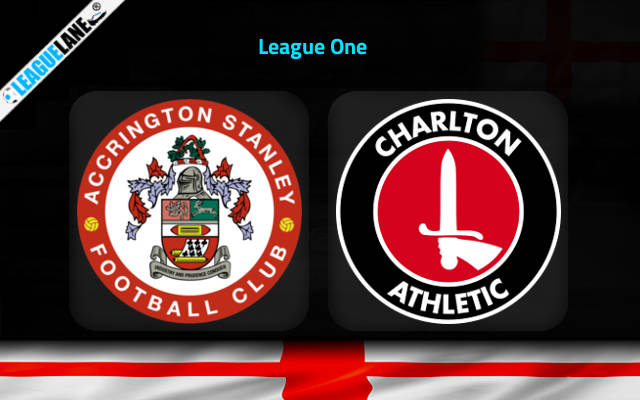 Accrington Stanley have been largely inconsistent over the season and as a result, have not been able to challenge for promotion but have been able to retain a position in the middle of the league table.

In their most recent fixture, they were embarrassed by Portsmouth away from home as they lost by a score line of 4-0 despite their opponents being reduced to ten men in the 21st minute. The fixture marked their third loss in five league games.

Further managing a couple of wins from those games, they now sit 12th in the league and are sixteen points behind the 6th place team in the league table.

Charlton Athletic has been down there with the worst teams in the league in terms of their performance over the last month. If these shambolic performances continue any further they would get uncomfortably close to the drop zone.

They were last seen in a scoreless draw at home against Sunderland. With five losses preceding that result, the club is now sitting sixteenth in the league eight points clear of the relegation cut off.

The hosts despite questionable performances on the road have been formidable at home. Having been undefeated in the last eight home games, with five wins and three draws, they are favourites to win against a club on a three match losing streak on the road.

Stanley have scored exactly once in the first half in their preceding four and six of the last eight home fixtures in the league. Their opponents meanwhile have scored just once before half time in their last eight matches on the road. Hence, I have backed the below mentioned score line.