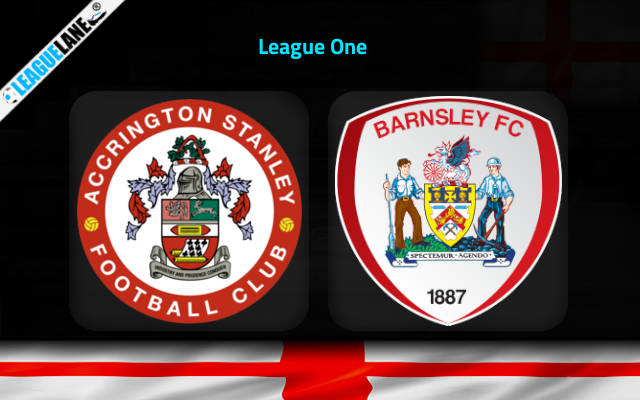 Accrington vs Barnsley Predictions and Free Tips from our expert tipsters when the teams go head-to-head in League One on Monday, 26 December 2022.

Barnsley have the best form in the league presently. They are on a six-game winning streak. They will aim for their twelfth win of the season as they will play against Accrington.

On the other hand, Accrington are lacking consistency at their home ground. They are just a few points above the relegation zone.

Both teams have met two times in the past and the visitors won on both occasions. Both teams will be meeting after a period of three years.

Another interesting fact is that the host are winless in three of their last four matches at The Wham Stadium.

Who will win the match between Accrington and Barnsley?

Barnsley will likely win this fixture, they are on a two-game winning streak against this team. They have dominated this fixture since 2018. At the same time, the host are yet to win a single game against them.

It is unlikely that both teams will score in this game. The main reason is that the host are yet to score a single goal against this team. They could not score against Sheffield Wednesday last time at home.

The visitors have improved their away form this season, they have won three of the last four matches in their away trips.

We can back the visitors to win both halves of this fixture. They won both halves in their last two victories against Accrington.

Therefore, the first tip is that Barnsley will win both halves– at 5.50 odd.

Our second tip is that Devante Cole will score anytime – at 3.00. He recently scored a brace against Burton recently. Moreover, he is top scorer for Barnsley this season.