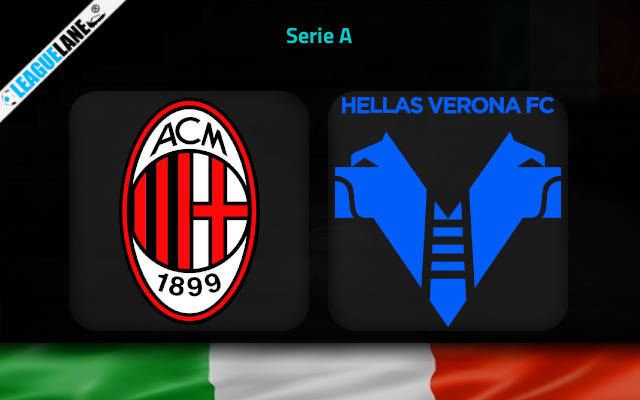 Verona may have improved their attacking game under Tudor, but their back line remains super vulnerable. The visitors conceded at least two goals in three of the last four league games under the Croatian manager. They allowed five goals in the last two away fixtures against bottom-half likes of Salernitana and Genoa. Milan’s win in a high-scoring game is thus the way to go here.

Milan and Verona have been quite inspired in the final third in their latest matches before the international break.

The Rossoneri continued their superb start to the 2021/22 Serie A campaign with an impressive showing in a 2-3 victory away at Atalanta.

Stefano Pioli is clearly taking the maximum from this Milan team despite facing significant injury problems (Zlatan Ibrahimovic, Olivier Giroud, etc.) so far in the season.

Milan have dropped only two points since the beginning of the season (six wins and one draw in seven outings) despite playing the likes of Lazio, Juventus, and Atalanta in the process.

The clash against Verona could be regarded as an easier fixture for the hosts, but they will have to dig deep to secure another three-pointer here.

The visitors have upped their game drastically since Igor Tudor took over Eusebio Di Francesco on the bench.

As a matter of fact, Verona are still undefeated with Igor Tudor at the helm. The Croatian manager has led the team to a record of two wins and two draws in four games.

What is truly notable is Verona’s super-exciting attacking form under the Croatian manager.

The Gialloblu bagged 12 goals in the last four league games (three per match on average). They stormed past Spezia 4-0 in the previous round.

Tips for AC Milan vs Verona