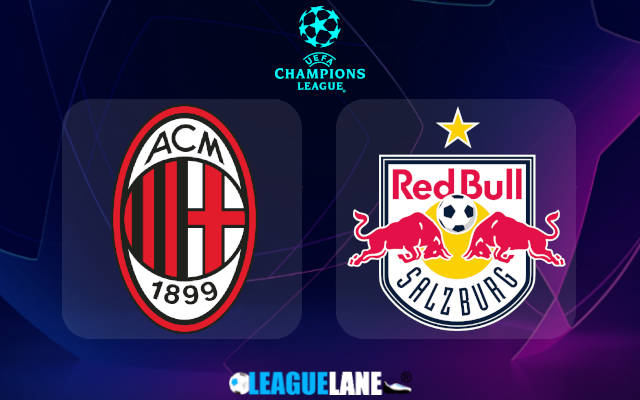 Both AC Milan and Salzburg are in the running for a spot in the knockouts of the Champions League, and currently they are separated by a single point in the group table. In this final match-day of the group stage, expect a fierce clash between the two.

Milan are the reigning Italian champions, and they of course have that confidence going into this crucial game. Moreover they are at home for this final group stage fixture, where they will be vociferously cheered on by their loyal fans.

It is also to be noted that they are champions of one of the top-five leagues in Europe, who are pitted against an opponent from a league that is nowhere near the Serie A in terms of quality.

Moreover, pressure is not something new for the Italian title-holders. The last season they were chased by arch-rivals Inter Milan almost through the entirety of the second half of the season, and they still managed to lift the trophy at the end.

As such, expect a confident and determined bunch of Milan players at the Stadio Giuseppe this Wednesday.

Meanwhile, Salzburg are ready for the fight. They already recorded a draw in the reverse fixture, and will be willing to give it all at this final hurdle.

They have been on a good run for quite some time – so much so that their only defeat in the past three months came against the two-time European champions Chelsea.

Furthermore, they are on a long streak of great performances on the road. In fact, the last they lost away from home was back in July, and before that in April.

Surely expect a thrilling encounter this Wednesday, as the two lock horns. Anticipate goals from either end of the pitch.

Milan are on a winning streak at the moment, and they scored ten goals from the past three fixtures. They are also at home, where they have been on a great run for quite some time now.

On the other hand, Salzburg too are in great form. They even managed to deliver some great performances away from home, and scored in plenty all through this stretch.

Expect a high-scoring thriller in this final group-stage game between the two.