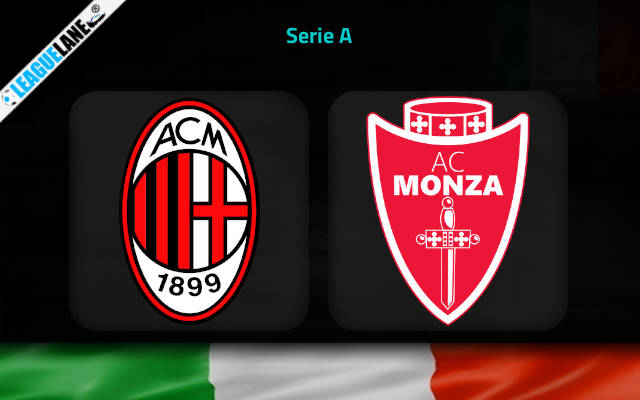 Monza’s fairytale run of three straight wins came to an end last Saturday when they fell 1-0 away at Empoli.

Rafaele Palladino’s men probably deserved at least a point on the occasion based on everything we’ve seen on the pitch.

The head coach can, however, be satisfied with the performance his men have put up seven days ago.

We have to say that Monza are a completely different team with Palladino in charge. They have drastically improved defensive displays in particular, conceding just one goal in the previous four Serie A outings.

It seems they are going to be a tough nut to crack for most teams in the top flight. Can we add AC Milan to this category?

It is hard to say because I Rossoneri have also been great of late. Stefano Pioli’s men have been pretty efficient in the recent domestic league outings, netting at least two goals in five of the last six Serie A matches.

AC Milan have scored 20 goals since the start of the season but they did struggle to break Verona down last weekend. Also, Monza improved their defensive performances drastically of late, allowing just a single goal in the previous four league matches.

We expect the visitors to park the bus and wait for their chances from counter-attacks. It is hard to predict a goal fest in these circumstances, but we still believe AC Milan will have what it takes to edge past the counterparts here. AC Milan to win & Under 2.5 goals FT pick is our main betting option at the 3.75 odds.