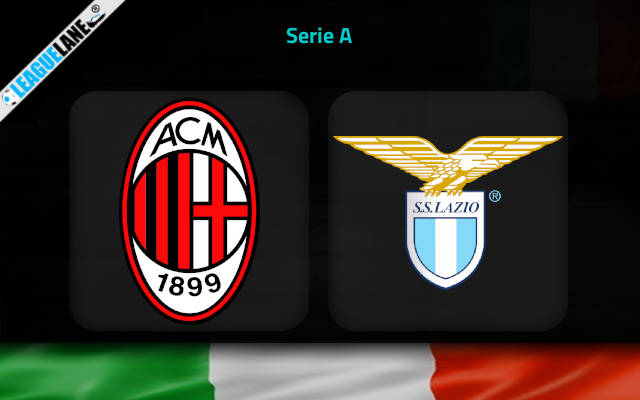 The derby of the third Serie A Gameweek will be played on Sunday evening when Milan take on Lazio at Stadio Giuseppe Meazza.

Two sides with a perfect record from the opening two rounds of the 2021/22 Serie A season will battle it out on Sunday afternoon.

Milan and Lazio have scored as many as ten goals combined in their wins over Cagliari and Spezia respectively in the previous round.

Rossoneri backed the inaugural narrow win at Sampdoria (0-1) with a 4-1 thrashing of Cagliari before the international break at Stadio Giuseppe Meazza.

Former Chelsea striker Olivier Giroud stole the show with a brace, while Sandro Tonali and Rafael Leao added a goal each in a convincing first half from Rossoneri.

Nevertheless, Lazio have been even more impressive in their thumping of ten-man Spezia at the same time.

I Biancocelesti conceded the first goal of the game four minutes into it but went on to bag six unanswered goals and thus maintain the perfect start to the new domestic campaign.

Lazio are by far the most efficient team in all European leagues after two rounds. They’ve notched nine goals past Empoli and Spezia in the opening two games.

Maurizio Sarri can be thrilled with his men’s creativity in the final third since all of Lazio’s six goals against Spezia were assisted.

Based on the form both teams have shown in the inaugural two games of the season, we just can’t see either failing to score a goal here. Ciro Immobile already has four goals to his name, while Luis Alberto provided three assists in the victory over Spezia.

On the other side we have Olivier Giroud who notched a brace in the 4-1 victory over Cagliari. The Over 2.5 goals & Both Teams To Score is by far the best betting option for this match.

We will alternatively try and take advantage of the high-value 3.10 odds offered for the away win pick given that Lazio notched nine goals in two games so far in the season.