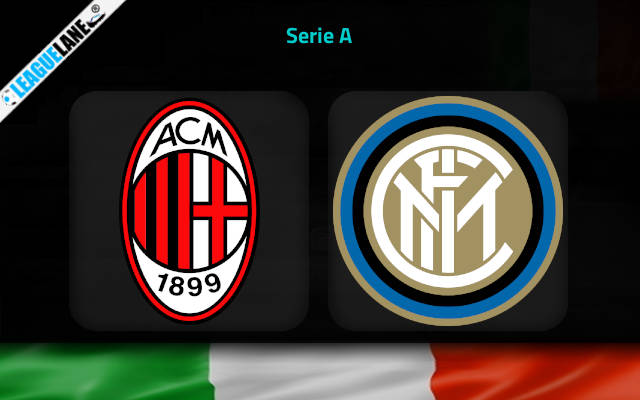 This is possibly the most anticipated game in the Italian league this season. Reigning champions AC Milan lock horns with their arch rivals and the runners up of the previous edition of the Serie A – Inter Milan, in this nerve-racking affair this weekend.

AC Milan had won the league the last season by posting 86 points against their name on the board. And their counterparts for the day were just below in the second place, trailing by just two points.

The two squads were locked in a fierce title-race almost for the entirety of the tournament. And impressively this fierce contest lasted till the very last match-day.

Once again the two teams have showed indications as to reigniting their old rivalry. And it is only right that after almost a decade of dominance of Juventus, the two Milan teams have won one league crown apiece.

The two teams have been in good form for the past several months and especially against each other they will be absolutely determined to deliver a good performance. And it goes without saying that the two squads have combined together to produce some magnificent thrillers over the years.

As things stand expect goals to come from either end of the pitch this weekend.

AC Milan were unbeaten in 26 of their previous 28 overall fixtures and in the process, they had gone on two separate three-game winning streaks as well as a four-match winning stretch and another five-fixture winning streak.

Do also note that they are on a 5 game-winning streak in front of their home crowd.

On the other hand, Inter Milan had scored two or more goals in twelve of their past 14 overall fixtures and in the process, they had even gone on a 6-game winning streak.

On top of that they had also won seven of their past ten road trips.

Considering these observations expect a high-scoring affair this weekend.