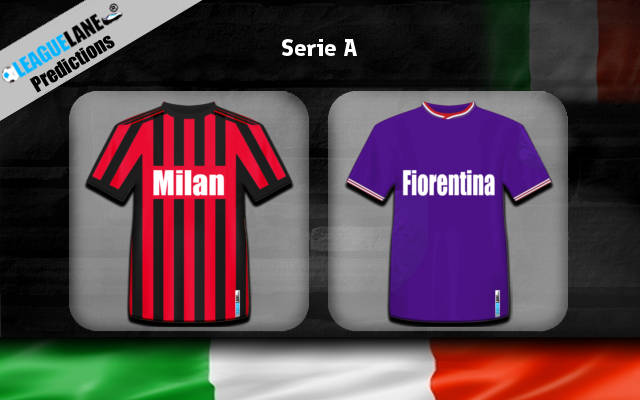 Fiorentina will be looking to build on that and keep the momentum going when they take on AC Milan at San Siro on Sunday night.

AC Milan are not having the best of starts. With two wins and three losses to their name, the Rossoneri are currently 13th, levelled on points with several teams. Despite the slow start, club legend, now director of football, Paolo Maldini, still believes Marco Giampaolo is the right man for the job.

After losing the Derby Della Madonnina (0-2), AC Milan suffered another defeat, this time to Torino (1-2) on the road. The Rossoneri have scored just one goal from an open play – against Brescia in the second round of Serie A. Lucas Paqueta and Mattia Caldara are on the injury list.

Fiorentina have ended their 18-game winless streak by defeating Sampdoria (2-1), thanks to goals from German Pezzella and Federico Chiesa. Viola outplayed Juventus (0-0) and were seconds away from winning a tie against Atalanta (2-2) last week, but now they finally did it. The curse is gone.

Florence-based team will be looking to build on that and keep the momentum going when they take on AC Milan at San Siro on Sunday night. With the win-draw-lose record 1-2-2, Fiorentina are now 15th in the standings. Injured Rasmussen will miss the trip up north.

Milan numbers are below expectations. They are scoring just 0.60 goals per game, while conceding one per match. Giampaolo wants his team to play with more freedom, to have fun on the pitch, and he stated that performance against Torino was positive.

Fiorentina are way more fun with an average of 1.60 goals scored per game, whilst conceding slightly more – 1.80 per bout. Both Ribery and Chiesa have improved and they’re looking good together. With Pedro deemed as fit and back in the mix, Vincenzo Montella has plenty of options up-front.

Even though Milan are cold, I’m confident we won’t have a boring game on Sunday. I will gladly take Both Teams to Score here and look for the goals in the second half.