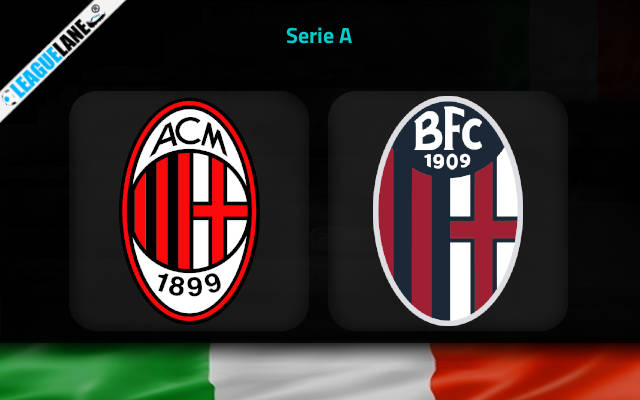 AC Milan are the reigning champions of the Italian top flight and they are determined to retain their title at any cost this time around as well. Meanwhile Bologna had finished 13th in the table the previous season and were trailing by 40 points at the end of the campaign below the toppers.

They had remained winless in 26 of their total 38 games all through the league season and they had a goal difference of -11 at the end of the run as well.

It also needs to be mentioned that they are yet to register their first win of the new season and they have been letting in goals in huge numbers in the past several fixtures as well.

It also needs to be mentioned that they have been on a long series of poor results on the road and all along they have been struggling with their defense.

Meanwhile AC Milan have been simply superb in the past several months. Most of their recent fixtures have finished in wins and they have been consistently finding the back of the net as well.

Moreover, they are also on a long series of great results in front of their home crowd and most importantly they have a dominant head-to-head record against this rival over the years.

For all these reasons, expect a victory for AC Milan this weekend.

AC Milan had won 10 of their past 12 overall fixtures and they have lost a total of just 3 times in the whole of 2022. They are also on a 4-game winning streak in front of their home crowd and they had scored a total of 9 goals in the process.

On the other hand, Bologna were winless in 19 of their past 24 overall games and in the process they had gone on 3 separate 2-fixture losing streaks as well as another 3-match losing stretch.

Considering these observations, as well as the head-to-head superiority of AC Milan, expect a victory for them this weekend.

Tips for AC Milan vs Bologna