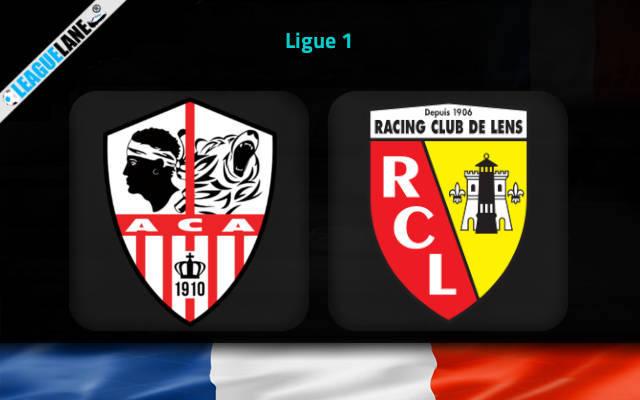 Lens have been one of the very best teams in the French top flight for the past several years now and they even have secured a second-place finish the last season in the league. Meanwhile, Ajaccio have just got promoted to the top flight from the second division at the end of the previous campaign.

After having been placed 7th in the league table at the end of the previous season, Lens needed a surplus of just 4 points to secure an entry into one of the European competitions. This definitely was a near and painful miss for the team and they will be determined to make amends this time around.

As expected, they have started with a bang. They registered a victory in their season-opener, and now they will be determined to keep this momentum going on.

And it seems that they have gotten the perfect opportunity for that this Sunday. They are pitted against one of the weakest teams in the league as of now.

Ajaccio might have finished second in the second division the last season, but under no circumstance are they a worthy opponent for any of the veterans of the top flight.

And as expected they have started their life in the first division with a defeat. In fact, their recent form has been quite worrisome and they are also letting in goals in huge numbers. And most importantly they have a poor head-to-head record against this rival over the years.

Taking into account all these observations expect a victory for Lens this Sunday.

Ajaccio are on a 3-game winless run, and two of these were defeats. Do also note that they have scored a total of just 2 goals from these 3 fixtures as well.

On the other hand, Lens are on a long 15-fixture unbeaten run and impressively 10 of these were wins. Do also note that they had scored a total of 6 goals from their past 3 road trips as well.

Taking into account these observations, as well as the head-to-head domination of Lens, expect a victory for them this Sunday.

Tips for AC Ajaccio vs Lens