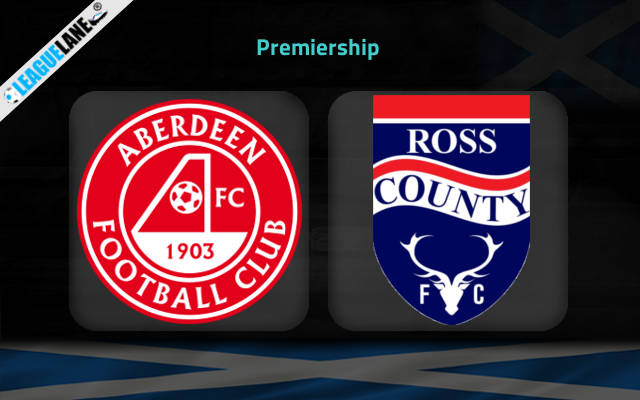 Aberdeen had a very tough schedule after the World Cup break as back-to-back home defeats to Celtic and Rangers kind of paved the way for the next two road losses to St. Mirren and Kilmarnock.

Jim Goodwin’s men will finally get an adequate opportunity to arrest such a slump in form on Monday afternoon when they host the rock-bottomed Ross County at Pittodrie Stadium.

The Dons have generally played very well in their own backyard so far in the season, winning six of the opening seven league matches there.

They then suffered successive narrow losses to the likes of Celtic and Rangers last month. The only thing that might put us off the convincing home win pick here would be the Dons’ weak display in the 2-1 defeat at Kilmarnock on Wednesday.

However, we still like the home victory very much here knowing that Ross County have indeed been the worst team in the competition in the first half of the season.

The visitors have not been pulling up any trees so far in the campaign and they will travel to Pittodrie Stadium off the back of a terrible display in the 3-0 defeat to direct relegation rivals Dundee United on Wednesday.

It was the fourth subsequent league loss for Ross County as well. Malcolm Mackay’s troops have the league’s worst attacking record as they have bagged only 14 goals in the inaugural 19 rounds.

This is the ultimate opportunity for Aberdeen to terminate their four-defeat streak. They are up against the team with the weakest attacking record in the division.

We will take Aberdeen to win to nil at the 2.62 odds, while you can also chase the 2.25 odds offered for the Dons’ top scorer Bojan Miovski to score anytime here.