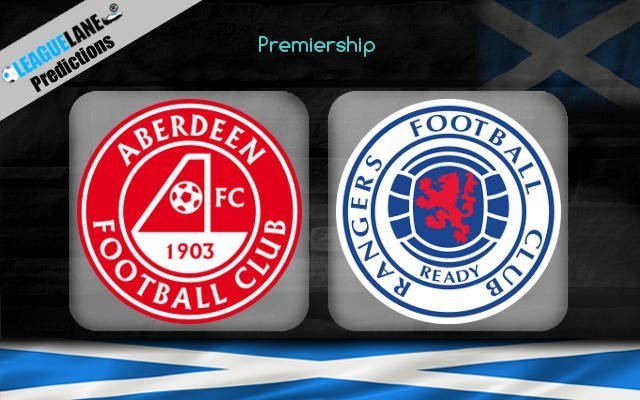 Even though both teams look strong, Rangers are the favorites in the match with Aberdeen at Pittodrie Stadium.

Rangers have recorded three of the last five wins in their clashes.

Their previous encounter gave a 5-0 home win for the Gers.

The host has won only twice at home in the last ten meetings.

Both teams have scored goals in five of the last six fixtures.

Aberdeen is a strong team with 28 points in the league season from 8 wins, 4 draws and 3 losses. Also, they are unbeaten in the last five fixtures in the campaign. They have scored 23 goals while conceding 17 in their 15 appearances.

As such, Derek McInnes and his men are standing strong at the third spot in the league table.

However, when compared to the previous season runner ups, Rangers, Aberdeen is the least favorite in the mix. Besides that, Rangers have marked 12 wins, 1 draw and a loss in their 15 league attempts.

Their only loss in the Premiership so far was against their rivals and the reigning champions, Celtic, on the road.

At home, Aberdeen has shown good composure with 4 wins and one draw and loss each in their 7 attempts. Their lone defeat has come against Celtic. Meanwhile, Rangers are the best away side in the campaign until now and Celtic is second best.

In the meantime, Steven Gerrard’s boys have not lost any of their 7 league away fixtures in this season so far. So, if the host had lost to Celtic at home, the chances of defeat with Rangers are high too.

As both teams are coming after a win in their previous encounters each, we can expect a high scoring affair with both teams scoring goals.

Also, based on their current form in the contest, Rangers have more chance of taking all three points back home.