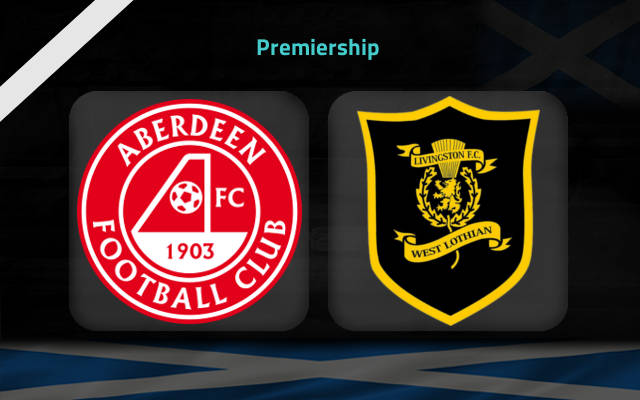 Aberdeen and Livingston will open the post-season in Scottish Premiership on Saturday afternoon when they take on each other in the first round of the Relegation Group.

Both teams had a chance to reach the Championship Group in the last round of the regular season but neither made it count on the occasion.

Livingston were moments away from clinching the top-six finish on the final day as they had a 2-1 lead against direct rivals Motherwell until the third minute of the added time when the visitors scored the equalizer.

We generally have a very complex situation in the Relegation Group where four teams are separated by only two points.

The bottom-two sides are further behind. St. Johnstone are six points shy of St. Mirren and Aberdeen, while the rock-bottomed Dundee are eleven points behind.

The winner of this particular tie will likely remove all doubts about potential relegation. Aberdeen come into it as favorites but they have not quite shown consistency throughout the entire season.

The Dons lost three of the previous five league games. The run includes a 0-1 defeat to Ross County two weeks ago in the last round of the regular season. Aberdeen have won just 1 of the last 13 Premiership matches.

Livingston missed a huge chance to make it to the Championship Group with a run of three losses and a draw in the previous four rounds.

David Martindale’s men are in a sort of crisis after failing to find the net in two of the last three league games.

Aberdeen won just 1 of the last 13 Premiership games. We thus genuinely struggle to find any value in backing the home win pick at the 1.90 odds.

Instead, the draw looks much more attractive at the 3.40 odds. You can also back goals at both ends, a scenario that occurred in four of the last five head to head games, at the 2.10 odds.