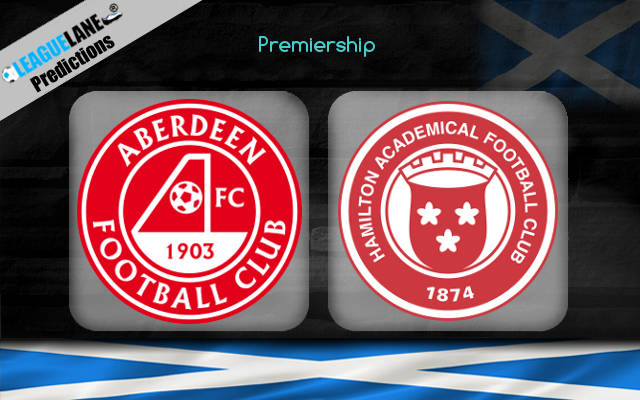 Aberdeen will have a chance to climb further in the league table when they face Hamilton Academical from the ultimate bottom of the table with just 7 points so far this season. The host has a 12-point lead over the visitor in the table, which gives them a slight edge over the home team.

Aberdeen’s unbeaten run has been extended to the third Premiership game with the goalless draw on the road against Dundee United last time out in the league schedule. This will improve the morale of the players, and returning home on the back of an unbeaten streak will also favor the host.

Besides, the Dons have won the recent three h2h meetings with Hamilton. Meanwhile, Hamilton has only one win from their last 12 visits to this venue, which is not a favorable fact prior to the trip. The Accies had only one win within the last five clashes across all major contests in their schedule.

They will visit after a 3-5 loss at home against St. Johnston in the campaign. It was their third loss within the last five clashes in the league schedule, which is why backing the home team for a win seems to be the ideal choice. And at 1.40 odds, the home win is probably the best bet for the punters.

Furthermore, we can expect a couple of goals in the clash. Their last six h2h clashes have seen at least 2 goals in five of them, showing that the match promises some action in ninety minutes. Hence, the tip for over 1.5 goals will probably be a suitable option in the encounter.