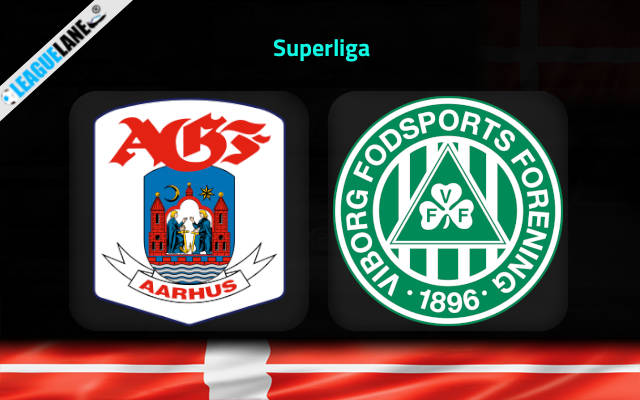 Round 2 of Danish Superliga is set for this weekend as Aarhus play host to Viborg. The hosts hoping to secure their first points of the new season will be now seen clashing at Ceres Park, this Sunday.

Aarhus had a hard time last season, barely escaping relegation by just a point. They won just 6 games from the 32 played last term and they hope to change things now. In their last 18 games in Superliga, the hosts have recorded only one win.

The hosts will be hoping for a better result following the 0-1 opening game losing effort against Brondby. They have not been in good attacking form of late. Their sum of goals stands at just 3 against the opposition teams over their last 6 fixtures. In those meetings, Aarhus have also seen the number of goals against them come to seven.

On the other side, Viborg had a midweek Conference League qualifier to negotiate before they can put their full concentration into this weekend’s clash with this home side. They were also in the relegation group last season, and was the only side to earn a Play Off ticket for ECL.

The visitors go into this game following a 1-0 Conference League qualifiers win against Suduva in their previous game. Over the course of 5 of the prior 6 clashes featuring Viborg, a relatively low number of goals have been hit between them and their opposition. The overall average number of goals per game for them marks at 1.33.

Viborg got off to a winning start to the season last weekend. They are also undefeated by this hosts when they’ve played them away from home in the last 2 league matches. Moreover, the side is also unbeaten in their previous 2 away league matches.

Meanwhile, Aarhus have lost three of their last five matches in all competitions. They have also have not won at home in their last 8 matches in the league.

By the looks of things, expect a victory for Viborg this Sunday.