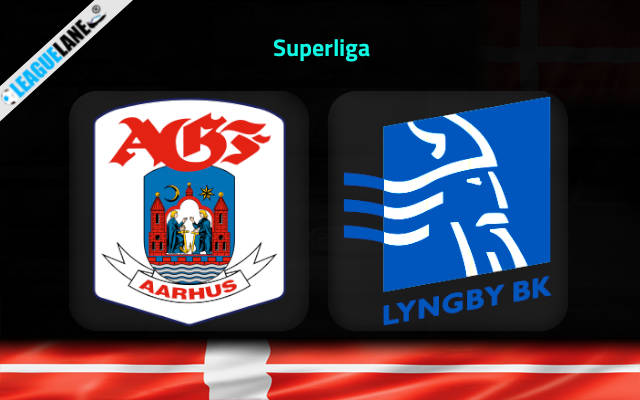 After losing the opening day’s fixture to Brondby, Aarhus made it three consecutive outings without a defeat at the start of the 2022/23 Danish Superliga campaign.

Two wins and a draw in the previous three games helped them climb to the sky-high third position in the league standings.

The latest success came eight days ago when Aarhus saw off Odense 1-2 on the road with a brace form Patrick Mortensen.

The 33-year-old Danish forward has three goals in four appearances this term. German head coach Uwe Rosler can be thrilled with the performances of his men’s defensive line at the start of the season.

The team conceded only one goal in the previous two league outings. Aarhus will have a great chance to keep their strong spell of form going on Monday afternoon when they play host to newly-promoted Lyngby in the last game of Matchday No 5 at Ceres Park & Arena.

Lyngby, on the other side, are yet to record a victory upon returning to the elite class of Danish football.

They have two points from four matches. However, it is worth noting that Freyr Alexandersson’s men indeed have had a pretty tough schedule to begin with, featuring the clashes with Nordsjaelland and Midtjylland in the previous two rounds.

Lyngby showed some of their offensive potential in the last Friday’s 3-3 stalemate to Midtjylland on the home patch.

However, the problem for their Icelandic manager Alexandersson lies in his team’s defensive line which allowed two or more goals in three of the inaugural four games of the season.

We can see the value in backing Aarhus to win at the 1.95 odds, while you can also go with their Patrick Mortensen to score anytime at the 2.40 odds after his brace in the last weekend’s win at Odense.