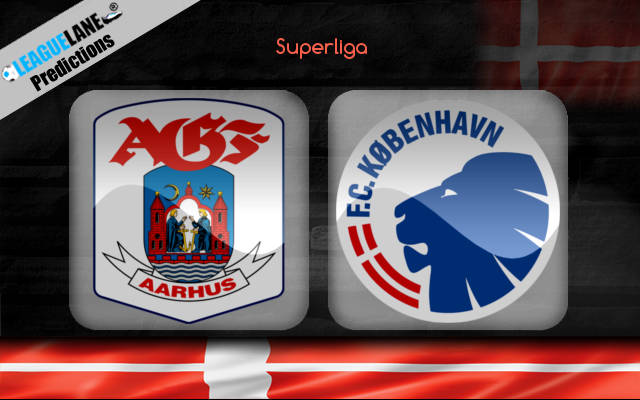 Aarhus will need to act quickly in the Denmark Superliga if they want to avoid getting caught in the relegation zone on the table. Their next trial in the 2021/22 season will be against the last term second-runners up. FC Copenhagen will visit Ceres Park on Sunday with a six-point lead on the table.

The host has been winless in the campaign so far this season with two draws in it. They will come into the game on the back of a double loss in the schedule, following a 2-0 loss on the road against Aalborg last time out in the Superliga.

On the contrary, the Lions will come in hot with a double win lately and an unbeaten run so far this season in the league. The visitor has lost none of their last seven overall fixtures. They will visit on the back of a 4-2 win at home against the likes of Brondby in the previous encounter.

There is no doubt that the match is likely to yield some favorable results for FC Copenhagen. The reason to back the visitor in the clash is their recent h2h meetings in 2021.

The teams have already met three times in 2021 and the Lions have two wins and a draw in it. It has to be noted that all three fixtures averaged 5.0 goals per game and had BTTS in each of them.

Hence, along with the probable away win in full-time, the tip for over 2.5 goals and BTTS combined will probably yield decent returns in the encounter.