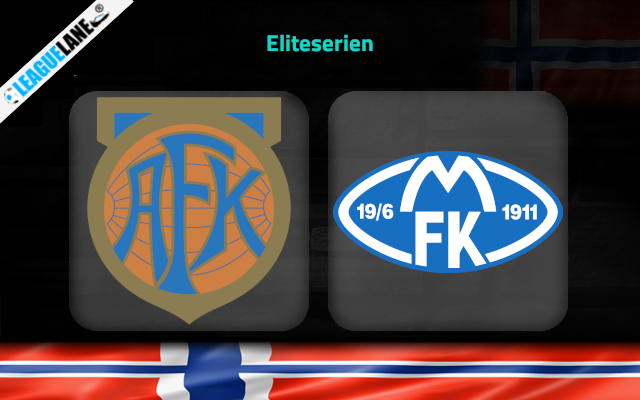 Aalesund had an inconsistent start to this season. They won, drew and lost two apiece of their six fixtures so far this campaign. With a total of 8 points, they occupies the 7th spot of the table. They have an average offensive and defensive line-up too.

Aalesund recorded a disappointing goalless draw on road against Ham-Kam in their most recent league fixture. With that draw, they are currently on the back of two winless games in the league.

Meanwhile, Molde had a decent start to this season. They won three, drew one and lost two of their six league fixtures so far. With a total of 10 points, they occupies the third position of the table. They will be hoping to secure their spot by sealing more points.

Molde recorded a 3-0 win against Odd at home in their most recent league fixture. They were on the back of a 3-4 defeat against Viking before recording the above win in the league. Therefore, they will be hoping to make that win count.

We can see the inconsistent form of Aalesund at home. They have recorded a draw and a win here. Their defensive line-up doesn’t look that impressive.

On the other side, Molde have been enjoying an impressive form on road since many games. They are unbeaten in each of their two on road league fixtures this season.

On top of that, they have a decent head to head form against Aalesund in the recent history. Therefore, we are backing Molde to seal a win against Aalesund when they both meet in an Elietserien fixture on Sunday.