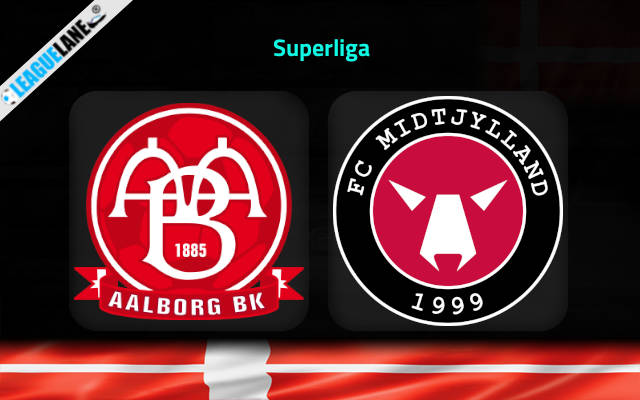 Midtjylland are hoping to bounce back from the opening defeat to OB as they travel to Aalborg Portland Park to take on AaB in the second round of Superliga.

Midtjylland began the 2021/22 Superliga campaign with a surprising defeat at home to OB eight days ago.

The previous season’s runners-up conceded a stoppage-time goal against the run of play to drop three points right at the beginning of the new campaign.

The team led by Bo Henriksen managed to rebound just four days later, though, holding Scottish runners-up Celtic to a 1-1 draw in the first leg of the UEFA Champions League second qualifying round.

It was a tough and eventful game in Glasgow as both teams finished it with 10 men on the pitch. Winger Andery Dreyer was sent off for Midtjylland and he is expected to play 90 minutes in this domestic league affair against AaB.

Bo Henriksen actually made only one change for the Champions League game (comparing to the opening round of Superliga clash against OB).

Fatigue thus may play role here as the Danish manager could give rest to some of his main players ahead of the important return clash with Celtic in the qualifications for the elite continental competition.

AaB, on the other side, opened the season by holding the likes of Copenhagen to a 2-2 draw away from home.

Louka Pirp and Kasper Kusk were on the scoreline for the team led by Marti Cifuentes on the occasion.

This is by no means an easy fixture for Midtjylland in current circumstances, regardless of their dominance in the recent head to head affairs. Bo Henriksen will likely be forced to rotate with his eyes on the upcoming Champions League clash with Celtic.

His rotation is generally much weaker with the absence of the team’s top scorer Sory Kaba who refuses to play at the beginning of the season (wants a transfer). AaB will be encouraged after the initial draw against Copenhagen and we believe they can grab another one here against the last season’s runners-up.